Hackers have taken over a Twitter account belonging to US broadcaster Fox News and declared President Obama dead.

More than two hours after the malicious postings appeared, they had still not been removed.

A group or individual, calling themselves The Script Kiddies appeared to claim responsibility.

Fox News said it was investigating the posts.

The bizarre messages began appearing around 07.00 BST on July 4.

The next posting stated: “@BarackObama has just passed. The President is dead.” 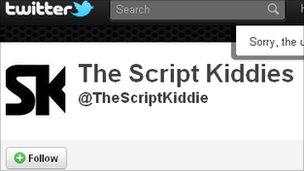 Fox News Politics is one of the Twitter accounts associated with the industry-leading cable news network.

Its Twitter account carries the “verified” tick icon, indicating that the feed belongs to the organisation it claims to be.

In a statement, Jeff Misenti, vice president and general manager of Fox News Digital said: “We will be requesting a detailed investigation from Twitter about how this occurred, and measures to prevent future unauthorized access into FoxNews.com accounts.”

We will be requesting a detailed investigation from Twitter about how this occurred, and measures to prevent future unauthorized access into FoxNews.com accounts.”

In among the messages about President Obama, a couple of tweets appeared from a user called The Script Kiddies. However, that account was quickly suspended.

The phrase “Script Kiddie” is internet slang for an inexperienced person who uses off-the-shelf hacking technology, developed by other people.

It is unclear why Fox News has been attacked in this instance. However, the broadcaster’s conservative stance has made it unpopular with many Americans.

Despite that, it is the most watched cable news network in the United States, with its prime time shows attracting almost two million viewers, well ahead of rivals CNN and MSNBC.

An attack on another Fox Entertainment Group website, Fox.com was the first confirmed hit by hacker group Lulz Security in May 2011.

The now-disbanded organisation stole the personal details of 73,000 applicants for the US version of X Factor

ABOUT THE AUTHOR Murat Kaya